We’ve spent the last month finishing up the course, recording videos, and trying to think of every possible way we can set you up for success. Our goal is to help as many people as possible take amazing trips with people they love that they could have NEVER afforded otherwise, all because of FreeTravlr.

Sign up here to be the first to know when the registration is open.

Speaking of great trips, our family just got back from an amazing trip to the West Coast!

Here are 9 Highlights from the trip:

1. The four of us flew from Baltimore to Oakland for $10 + a bunch of Southwest points.

Kylie and Parker are ready to go!

2. We stayed in San Francisco with my brother Josh for 3 nights and saw so much and the city!

Josh and I at Fort Funston on the Pacific Ocean

3. We rented a car for 4 days for $363 and drove down the Pacific Coast Highway from San Francisco to Los Angeles!

Crazy awesome views on the PCH

4. We stayed with my old college roommate (also named Josh) for 2 nights and enjoyed some local cuisine.

5. We went to Starbucks in Malibu and saw Liam Hemsworth!

Didn’t get a picture with Liam, but this is five minutes later! 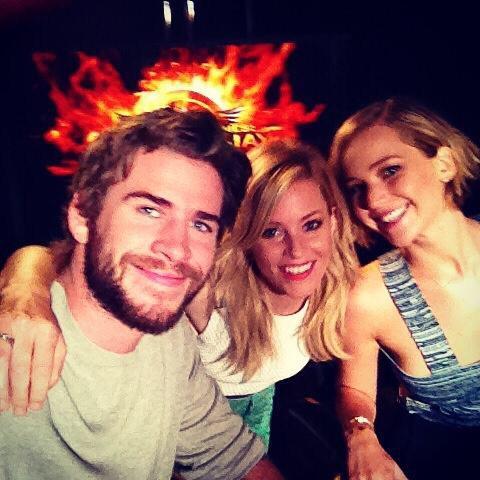 This photo of Liam was taken two days after we saw him. Picture us walking by this dude in a Starbucks.

Not sure what’s up with my awkward back-arching.

Parker found his star on the walk of fame!

8. We stayed at the Beverly Hills Hilton on points! (we paid $40 to park there overnight)

9. The four of us flew from LAX to Baltimore for $10 + a bunch of Southwest points.

No picture of the flight, so here’s Yoda from the Presidio in San Francisco

It was an amazing, exhausting 6 days. So where did I get that $423 number from?

Could we have paid points for the rental car?

Yeah, I could have. The reason I didn’t was because we did have some money put aside for the trip, so the rental was in the budget. This allowed me to save my points for future flights.

Had we not wanted to drive down the PCH, I easily could have booked flights from SF to LA for another $10 + points. That would have taken the rental and parking $$ out of the equation, but added some costs for taxi/uber. In the end, hotel/flights/taxis would have cost us more like $75 than $423.

Or if we didn’t have friends in either SF or LA we could have used the rental car $$ to book a cheap hotel for a couple nights. Or used points for that. That’s the beauty of FreeTravlr: it gives you options.

Now what about food, gas, and other expenses, you ask?

Yes, of course we had to pay for that stuff. But keep in mind most families already budget money every week (or month) for things like food, gas, and the like. (They should be anyway.)

We did spend more on food than we would in a typical week, but that was because we had saved up money specifically for eating out a bunch. If we had wanted to keep our food costs down to what we normally spend, I know we could have. (But hey, it’s vacation!)

Wondering how much our flights/lodging would have cost without the FreeTravlr points?

We’ll share more stories like this in the future, so stay tuned. And if you’d like to write your own amazing FreeTravlr vacation story, sign up to be the first to know when we launch!

We’re two normal guys who have made a few small changes, and the results are trips like these we’ll savor forever.

We’d love to teach you how to do it too.